As we have seen, when they converge, power series are very well behaved and Fourier (trigonometric) series are not necessarily. The fact that trigonometric series were so interesting made them a lightning rod for mathematical study in the late nineteenth century.

For example, consider the question of uniqueness. We saw in Chapter 5 that if a function could be represented by a power series, then that series must be the Taylor series. More precisely, if

then must this be the Fourier series with the coeﬃcients as determined by Fourier?

For example, if \(\sum_{n=0}^{\infty } (a_n\cos n\pi x + b_n\sin n\pi x)\) converges to \(f\) uniformly on the interval \((0,1)\), then because of the uniform convergence, Fourier’s term-by-term integration which we saw in earlier is perfectly legitimate and the coeﬃcients are, of necessity, the coeﬃcients he computed. However we have seen that the convergence of a Fourier series need not be uniform. This does not mean that we cannot integrate term-by-term, but it does say that we can’t be sure that term-by-term integration of a Fourier series will yield the integral of the associated function.

This led to a generalization of the integral by Henri Lebesgue in 1905. Lebesgue’s profound work settled the issue of whether or not a bounded pointwise converging trigonometric series is the Fourier series of a function, but we will not go in this direction. We will instead focus on work that Georg Cantor did in the years just prior. Cantor’s work was also profound and had far reaching implications in modern mathematics. It also leads to some very weird conclusions.1

To begin, let’s suppress the underlying function and suppose we have

We ask: If these two series are equal must it be true that \(a_n = a'_n\) and \(b_n = b'_n\)? We can reformulate this uniqueness question as follows: Suppose

The answer to this seemingly basic question leads to some very profound results. In particular, answering this question led the mathematician Georg Cantor (1845-1918) to study the makeup of the real number system. This in turn opened the door to the modern view of mathematics of the twentieth century. In particular, Cantor proved the following result in 1871.

“with the exception of certain values of \(x\),” then all of its coeﬃcients vanish.

In his attempts to nail down precisely which “certain values” could be exceptional, Cantor was led to examine the nature of subsets of real numbers and ultimately to give a precise deﬁnition of the concept of inﬁnite sets and to deﬁne an arithmetic of “inﬁnite numbers.” (Actually, he called them transﬁnite numbers because, by deﬁnition, numbers are ﬁnite.)

As a ﬁrst step toward identifying those “certain values,” Cantor proved the following theorem, which we will state but not prove.

He then extended this to the following:

for all but ﬁnitely many \(x ∈ \mathbb{R}\) then all of its coeﬃcients vanish. 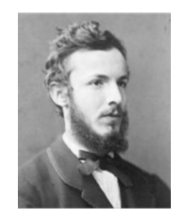 At this point Cantor became more interested in these exceptional points than in the Fourier series problem that he’d started with. The next task he set for himself was to see just how general the set of exceptional points could be. Following Cantor’s lead we make the following deﬁnitions.

The following deﬁnition gets to the heart of the matter.

Don’t confuse the derived set of a set with the derivative of a function. They are completely diﬀerent objects despite the similarity of both the language and notation. The only thing that they have in common is that they were somehow “derived” from something else.

Determine the derived set, \(S'\), of each of the following sets.

The notion of the derived set forms the foundation of Cantor’s exceptional set of values. Speciﬁcally, let \(S\) again be a set of real numbers and consider the following sequence of sets:

Cantor showed that if, at some point, one of these derived sets is empty, then the uniqueness property still holds. Speciﬁcally, we have:

1 ’Weird’ does not mean false. It simply means that some of Cantor’s results can be hard to accept, even after you have seen the proof and veriﬁed its validity.