Figure 9.1.1. Area between curves as a difference of areas.

It is worth examining this problem a bit more. We have seen one way to look at it, by viewing the desired area as a big area minus a small area, which leads naturally to the difference between two integrals. But it is instructive to consider how we might find the desired area directly. We can approximate the area by dividing the area into thin sections and approximating the area of each section by a rectangle, as indicated in figure 9.1.2. The area of a typical rectangle is \(\Delta x(f(x_i)-g(x_i))\), so the total area is approximately $$\sum_{i=0}^{n-1} (f(x_i)-g(x_i))\Delta x.$$ This is exactly the sort of sum that turns into an integral in the limit, namely the integral $$\int_1^2 f(x)-g(x)\,dx.$$ Of course, this is the integral we actually computed above, but we have now arrived at it directly rather than as a modification of the difference between two other integrals. In that example it really doesn't matter which approach we take, but in some cases this second approach is better. 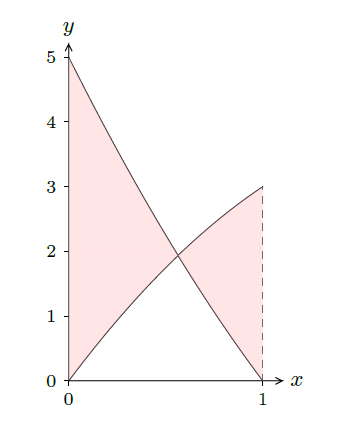 Figure 9.1.4. Area between curves that cross.