1. This experiment has three stages (appetizer, entree, dessert) and the choice made in any one stage doesn't affect the number of choices at any other stage. Therefore we can use the multiplication principle to get \(6\cdot 4\cdot 5=120\) different menus. 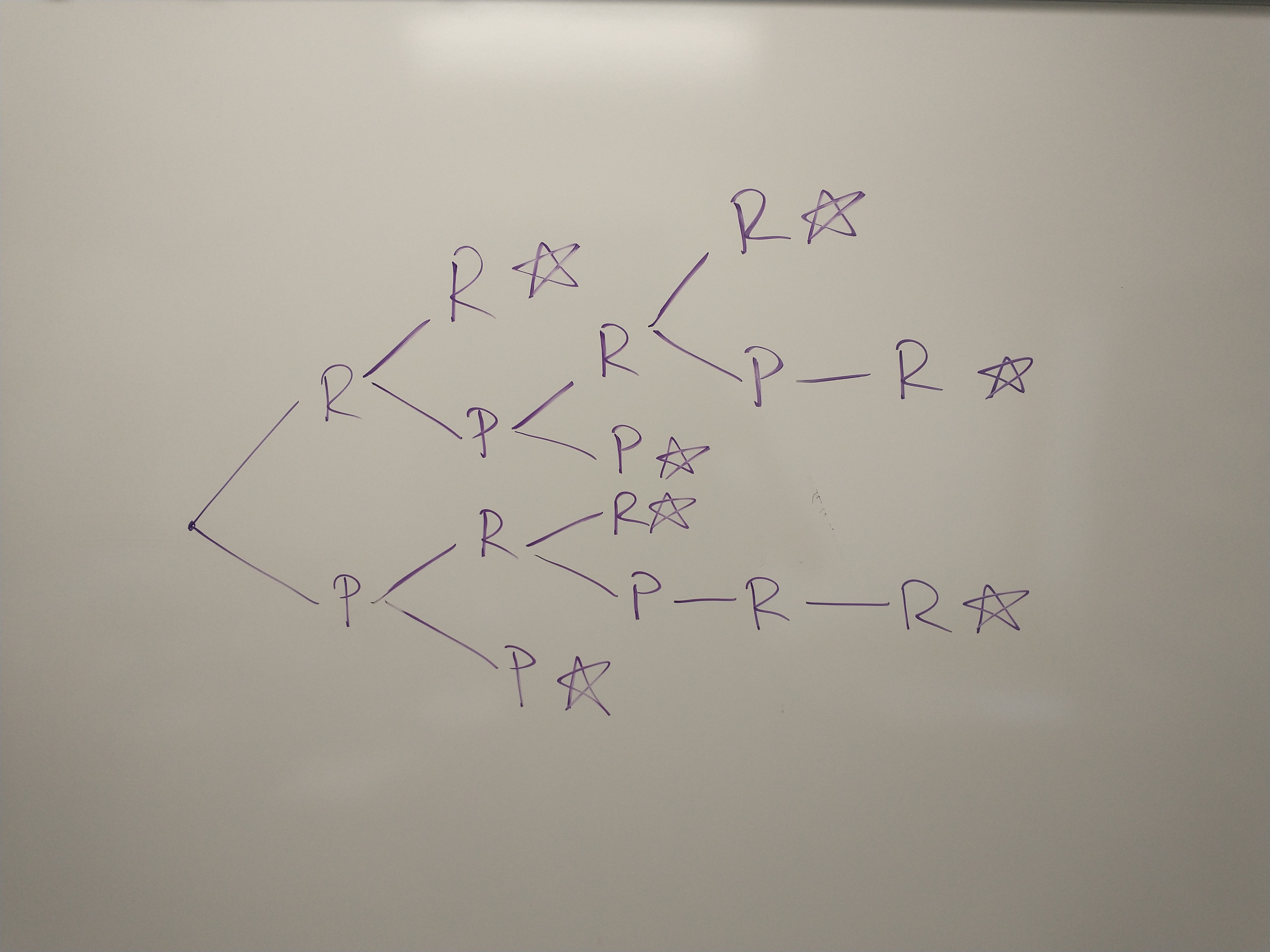