It is often helpful, when working with sets and their operations, to use Venn diagrams: 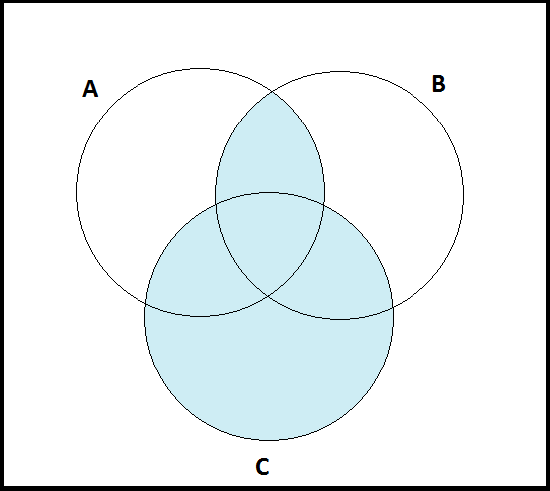 Another use of Venn diagrams illustrates the following result:

Let's use a Venn diagram to get started, shall we? So, we know that \(n = 150\), and we can calculate how many students we have currently accounted for:

Using this, we can work out how many students we haven't counted yet:

So 67 students had majors that were not in our three categories. Suppose a group of students on a college campus is asked to compare some animated future films, and the following information is produced.

Let's use a Venn diagram to help us sort it out: Here we know the total number of votes received for each movie, but some people may have voted twice! So, using the data, we will fill in the intersecting sections first: Now we can use the data to fill in the rest, before answering questions. Don't forget to include those in \(U\) that don't fall in any other category: Now that we have a clear picture, we can begin to answer the questions:

1. How many students liked "The Lion King" only? So our answer is: 'Seven students liked "The Lion King" only.'

2. How many students liked only two movies? 3. What was the total number of students surveyed? We begin by adding the values of each section:

So, our answer is: "59 students were surveyed."

Can you think of a example of an Euler diagram?