Before moving on to actual dynamical network modeling, we need to cover some basics of graph theory, especially the deﬁnitions of technical terms used in this ﬁeld. Let’s begin with something we have already discussed above:

A network (or graph) consists of a set of nodes (or vertices, actors) and a set of edges (or links, ties) that connect those nodes.

By the way, some people ask what are the differences between a “network” and a “graph.” I would say that a “network” implies it is a model of something real, while a “graph” emphasizes more on the aspects as an abstract mathematical object (which can also be used as a model of something real, of course). But this distinction isn’t so essential either.

To represent a network, we need to specify its nodes and edges. One useful term is neighbor, deﬁned as follows:

The idea of neighbors is particularly helpful when we attempt to relate network models with more classical models such as CA (where neighborhood structures were assumed regular and homogeneous). Using this term, we can say that the goal of network representation is to represent neighborhood relationships among nodes. There are many different ways of representing networks, but the following two are the most common:

Here are some more basic terminologies:

Degree The number of edges connected to a node. Node \(i\)’s degree is often written as \(deg(i)\). 2. Determine the degree for each node.

3. Classify the following walks as trail, path, cycle, or other.

5. Remove nodes 3 and 4 (and all edges connected to them). Then identify the connected components in the resulting graph.

Some graphs with characteristic topological properties are given their own unique names, as follows 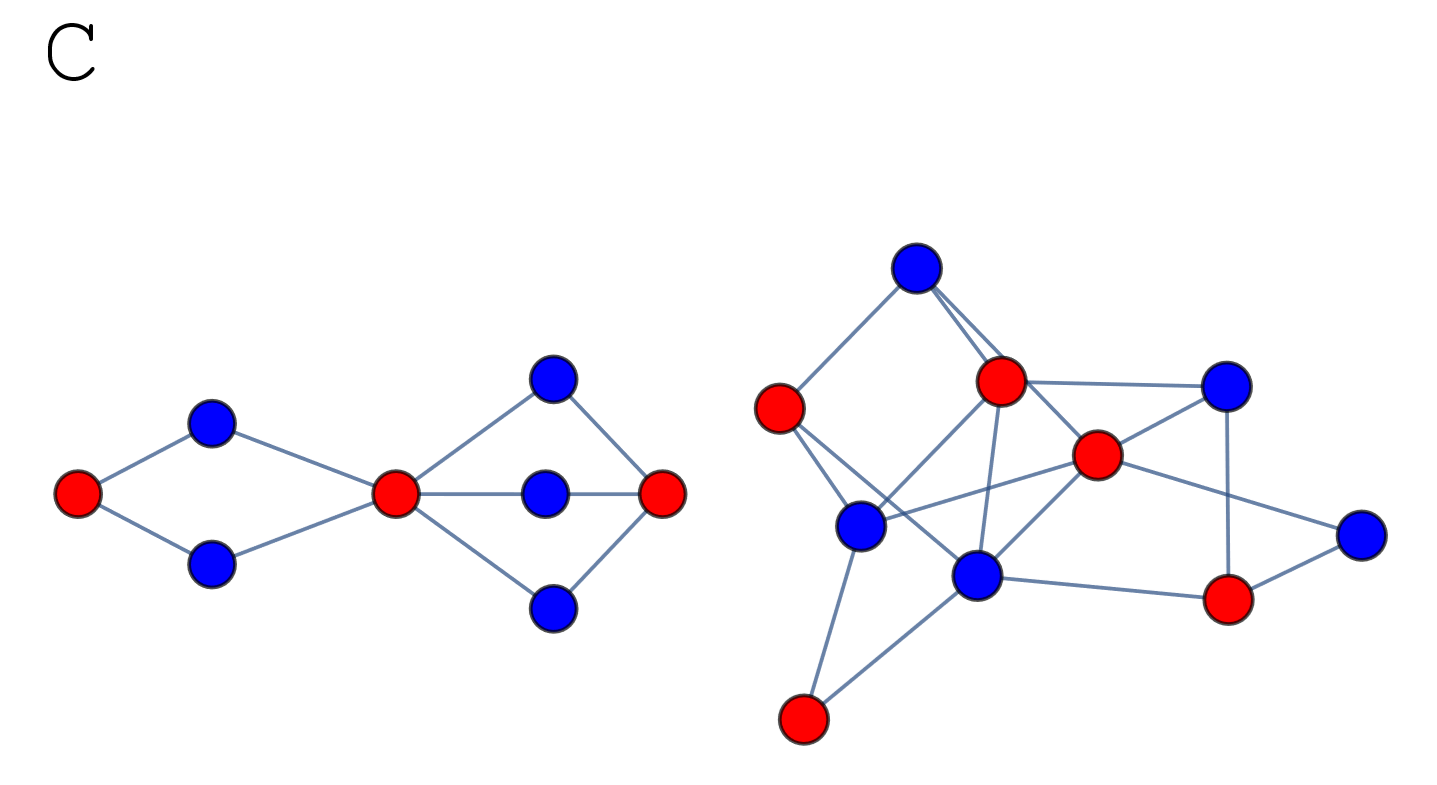 Determine whether the following graphs are planar or not:

Every connected tree graph made of \(n\) nodes has exactly \(n − 1\)edges. Explain why.

There are also classiﬁcations of graphs according to the types of their edges:

According to these taxonomies, all the examples shown in Fig. 15.2.2 are simple graphs. But many real-world networks can and should be modeled using directed, weighted, and/or multiple edges

Discuss which type of graph should be used to model each of the following networks. Make sure to consider (a) edge directedness, (b) presence of edge weights, (c) possibility of multiple edges/self-loops, (d) possibility of connections among three or more nodes, and so on.