Method for solving these types of problems:

1. We are using the upper Venn diagram. Since 140 people like both, we put that information in the intersection of the two sets. Thirty people like Chicago Hope but not ER, so we put 30 in the part of the set corresponding to Chicago Hope that does not overlap with the set corresponding to ER. Since 170 in total like ER, 170-140=30 like only ER. Finally, we notice that 30+140+30=200 people like at least one of the shows, so nobody likes neither. 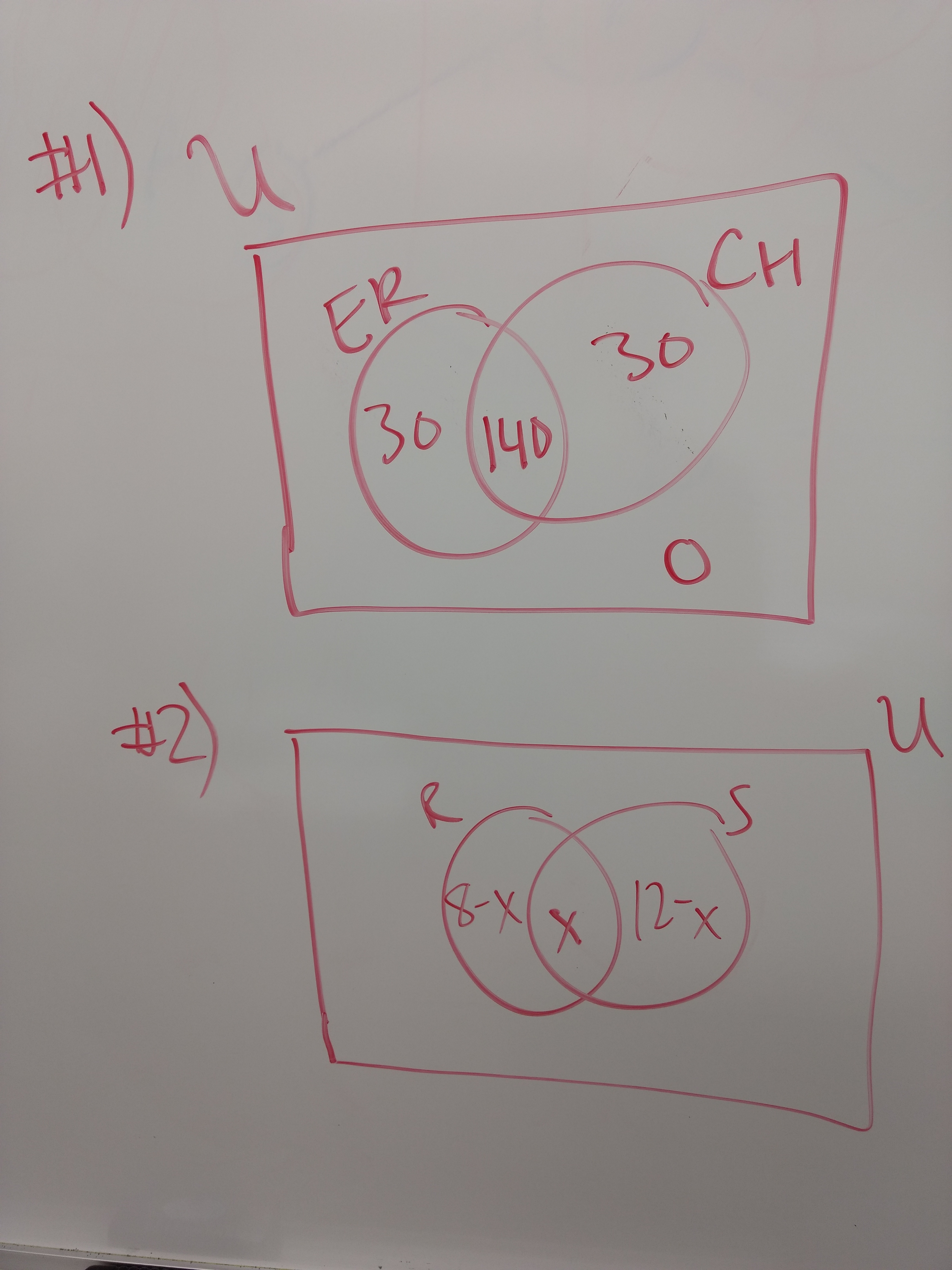