The function \(w = e^z\) maps infinitedly many points to each value. For example

You should master this section. Branches of \(\text{arg} (z)\) are the key that really underlies all our other examples. Fortunately it is reasonably straightforward.

The key point is that the argument is only defined up to multiples of \(2\pi i\) so every \(z\) produces infinitely many values for \(\text{arg} (z)\). Because of this we will say that \(\text{arg} (z)\) is a multiple-valued function.

In general a function should take just one value. What that means in practice is that whenever we use such a function will have to be careful to specify which of the possible values we mean. This is known as specifying a branch of the function.

By a branch of the argument function we mean a choice of range so that it becomes single-valued. By specifying a branch we are saying that we will take the single value of \(\text{arg} (z)\) that lies in the branch.

Let’s look at several different branches to understand how they work:

This branch and these points are shown graphically in Figure (i) below. For future reference you should note that, on this branch, \(\text{arg} (z)\) is continuous near the negative real axis, i.e. the arguments of nearby points are close to each other.

This branch and these points are shown graphically in Figure (ii) below. 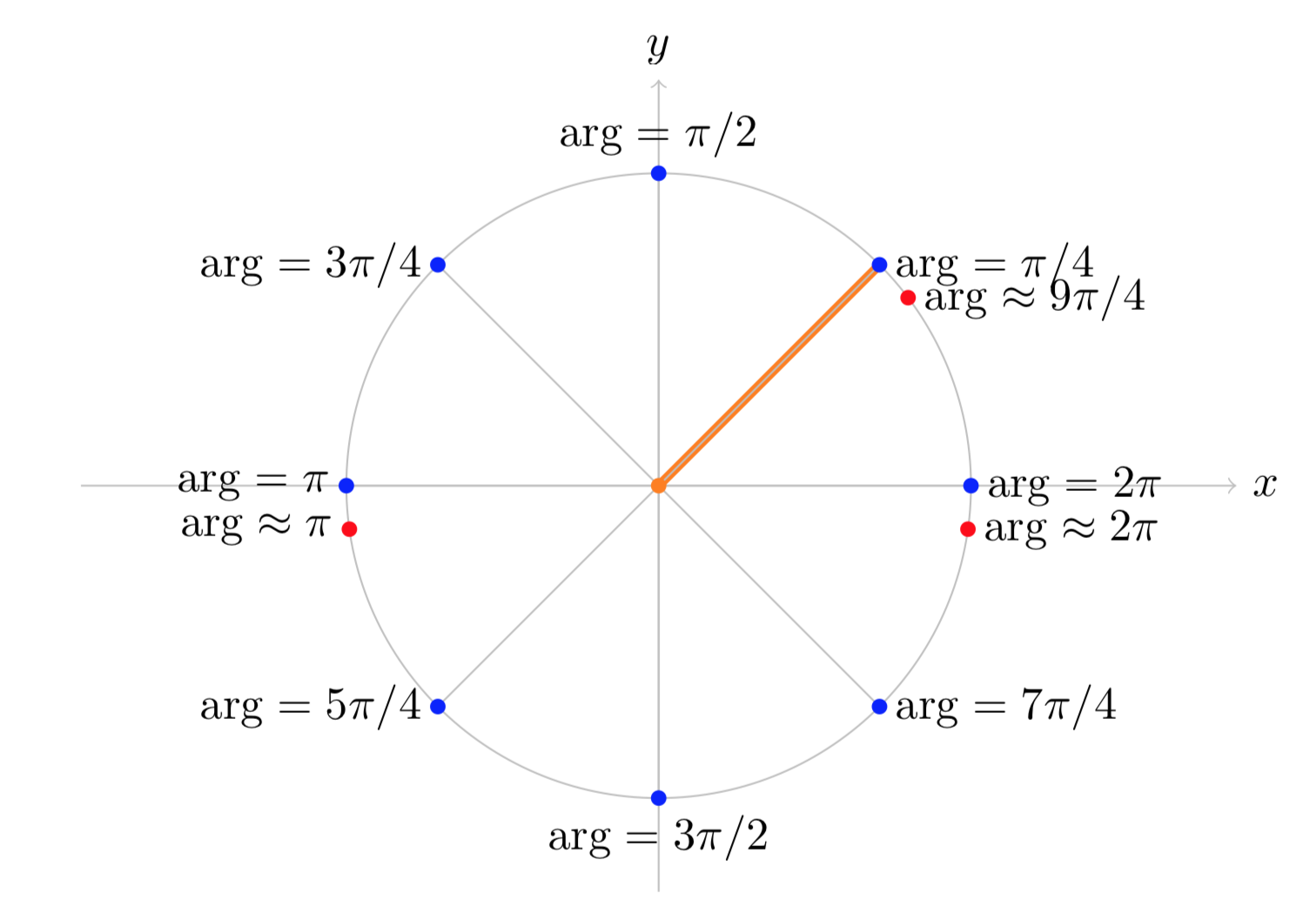 (iv). Obviously, there are many many possible branches. For example,

(v). We won’t make use of this in 18.04, but, in fact, the branch cut doesn’t have to be a straight line. Any curve that goes from the origin to infinity will do. The argument will be continuous except for a jump by \(2 \pi\) when \(z\) crosses the branch cut.

Branch (ii) in the previous section is singled out and given a name:

The examples above show that there is no getting around the jump of \(2 \pi\) as we cross the branch cut. This means that when we need \(\text{arg} (z)\) to be continuous we will have to restrict its domain to the plane minus a branch cut.