In Section 6.1, we studied relations and one important operation on relations, namely composition. This operation enables us to generate new relations from previously known relations. In Section 6.3, we discussed some key properties of relations. We now wish to consider the situation of constructing a new relation \(r^+\) from an existing relation \(r\) where, first, \(r^+\) contains \(r\) and, second, \(r^{+ }\) satisfies the transitive property.

Let's now consider the matrix analogue of the transitive closure.

and by induction we can prove

Notice how each matrix multiplication doubles the number of terms that have been added to the sum that you currently have computed. In algorithmic form, we can compute \(R^+\) as follows.

Let \(R\) be a relation matrix and let \(R^+\) be its transitive closure matrix, which is to be computed as matrix \(T\)

A second algorithm, Warshall's Algorithm, reduces computation time to the time that it takes to multiply two square matrices with the same order as the relation matrix in question.

Let \(R\) be an \(n \times n\) relation matrix and let \(R^+\) be its transitive closure matrix, which is to be computed as matrix \(T\) using Boolean arithmetic 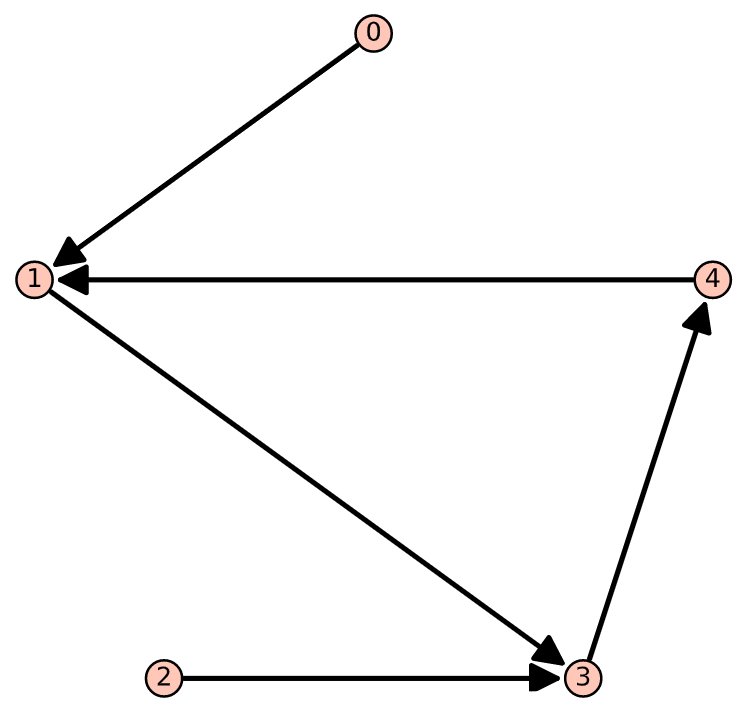 Let \(r\) be the relation represented by the following digraph. Definition: Reflexive Closure. Let \(r\) be a relation on \(A\text{.}\) The reflexive closure of \(r\) is the smallest reflexive relation that contains \(r\text{.}\)

What common relations on \(\mathbb{Z}\) are the transitive closures of the following relations?