This appendix contains some formulas and results from geometry that are important in the study of trigonometry. 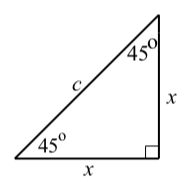 We start with an equilateral triangle with sides of length \(c\). By drawing an angle bisector at one of the vertices, we create two congruent right triangles with acute angles of \(30^\circ\) and \(60^\circ\). This means that the third side of each of these right triangles will have a length of \(\dfrac{c}{2}\). If the length of the altitude is \(x\), then using the Pythagorean Theorem, we obtain

The sides of similar triangles do not have to have the same length but they will be proportional. Using the notation in the diagram, this means that 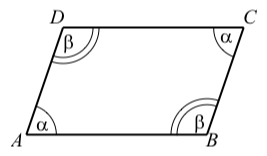